What now for the GST? 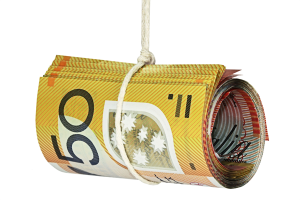 What now for the GST?

Fifteen years after the introduction of the GST in Australia debate still rages over what should be taxed and whether the GST rate should increase.

Unless the Government changes the GST Act, any change requires the approval of the States and Territories. The Treasurers’ workshop late last month resolved to keep the GST rate at 10% but enable a series of other changes. We look at the key areas of change:

From 1 July 2017, the GST will be broadened to apply to all goods purchased online and imported from overseas. Currently, GST does not apply to inbound goods under $1,000.

The latest NAB Online Retail Sales Index estimates that Australians spent $17.3 billion on online retail in the 12 months to June 2015 – around 7% of traditional bricks & mortar retail. It’s difficult to find an accurate measure of how much of this online trade goes to overseas retailers but the Productivity Commission report in 2011 estimated 7.5% – the rest is spent with Australian retailers. According to the same report, around 76.5% of all online sales are for goods made up of low value purchases under $100.

The Treasurers have opted for a vendor registration model which means that they are relying on businesses based overseas and selling into Australia to register and comply voluntarily with Australian tax law. The problem is how to collect the tax from businesses that have no obligation to comply and the Government has no jurisdiction to pursue tax owing. It is almost impossible to bring all but the largest of providers into the GST net.

An OECD report at the beginning of the year recommended that foreign suppliers register in the country they are supplying to – Apple for example, already does this in Australia. It will be interesting to see if, over time, this becomes the norm. While protecting the tax base it would be a major competitive disadvantage for small business looking to explore new markets.

Draft legislation released on Budget night broadens the GST to digital products and other imported services supplied to Australian consumers by foreign entities in a similar way to equivalent supplies made by Australian businesses.

Expected to generate $350m over 4 years, the tax treats streaming or downloading of movies, music, apps, games, e-books as well as other services such as consultancy and professional services in a similar way to local suppliers. In some cases the GST liability might shift from the supplier to the operator of an electronic distribution service where those operators have responsibility for billing, delivery and terms and conditions.

GST on digital products is intended to apply from 1 July 2017.

GST to remain on tampons

GST on feminine hygiene products generates around $50 million in revenue per year. It has been a political sore point for some time that highlights the inequities of a system that taxes essentials but not items such as personal lubricants. Toilet paper and nappies, other essentials of life, are also taxed.

At the Treasurers’ workshop, the State and Territory Treasurers rejected Joe Hockey’s proposal to remove the GST from feminine hygiene products.

When the GST was first introduced, to get the legislation through Parliament the Howard Government agreed to demands to make amongst other things food, health and medical supplies, and education GST-free. The rationale is that because the GST applies evenly across all things, it hits low-income earners the hardest as they spend a higher proportion of their income on basic necessities. On these grounds making feminine hygiene products, nappies and a range of other essentials GST-free sounds rational. The problem is that the wealthy benefit from GST-free products and the tax system becomes a quasi social welfare system that dramatically impacts on the revenue collected and revenue available to fund better targeted social welfare programs. It’s a touchy debate and one that the major parties are unlikely to want to enter anytime soon.

The material and contents provided in this publication are informative in nature only. It is not intended to be advice and you should not act specifically on the basis of this information alone. If expert assistance is required, professional advice should be obtained.